Taking a break from the circus

Posted on June 2, 2017 by ends and beginnings blog 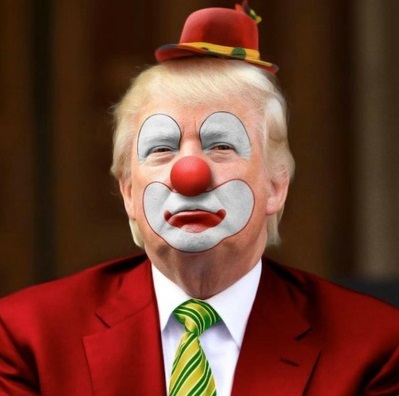 I need a break. I am going to spend the next week NOT reading Trumps tweets, or Politico. Not watching Rachel Maddow or the evening news. My brain is fried and I need to un-fry it somehow. I am thinking a diet of Left Hand Stouts, Cheeseburgers, The Andy Griffith Show and hiking in the mountains might be just the prescription I need. I will try to answer any comments you might have but please don’t be offended if I simply approve without adding any content.

I am  confident “our” President will do or say something stupid in the coming week or weeks that will boil inside of me but I am determined not to write about it and just let it go. I may turn into a drunk, fat mess with even higher cholesterol biting my tongue but at least I will be an oblivious, drunk, fat mess. Sounds like the majority Trump supporters doesn’t it? Maybe I’ll buy myself a red hat and have “Lock her up!” tattooed on my forehead so I can blend in.

I need to find some calm, some zen, some Om. This country just seems to be Nucking Futs to me right now with the head orange peanut stirring shit up for the sake of stirring shit up. People without a plan like to stir shit up. People with a spoonful of intelligence like to stir shit up. Insecure, narcissistic, ego maniacs like to stir shit up while the Deplorables wave their red hats in the air and say “My man Donald don’t take no shit off of anyone!” followed by a “Yee-haw”. Yup, that just about sums up how advance America has become under our current leadership. The knuckle draggers are in charge, the Neanderthals have returned. Darwin was wrong, oh wait, Darwin was “fake news” according to the Evangelicals. This truly is the new age of enlightenment.

I am sorry to sound so negative but I am just tired. I am not abandoning the fight to get this buffoon out of office, and I hope you won’t either, I just need an attitude adjustment. I need to see my children and the concern they have about the road this man and his “supporters” are taking us down. I will draw new energy and determination looking into their eyes, the eyes of a future. I will remember that my time here on earth is short, and thankfully so is the time of one particular 70-year-old man. That maybe, just maybe the Trump era will be a good thing for the 20 and 30 year old’s behind us to experience. What better way is there to know what NOT to do than to have an unstable idiot show you first hand?

So to my little WordPress universe, be safe, get some sleep, eat your vegetables, and get a little exercise. Build-up your strength and your resolve. The battle to save America is an everyday fight, an hour-by-hour fight. We need to not only resist but also persist. Hold my spot in line. I will return to join you soon.

I am a frustrated writer and poet waiting to be discovered. A stand-up philosopher performing on a street corner near you. A Christian with questions but I don’t want to hear your answers. A Buddhist with a bumper sticker on my truck to prove it. A collector of quotes. A grower of lettuce. The Patron Saint of earthworms who name their children after me. A cyclist whose big ass strains the seams of his Lycra bibs. I am American by birth, Southern by the grace of God. My goal in life is to leave an imprint on the lives of the people I love not a footprint on the earth. I am a son, a husband, a father composed of 65%-Oxygen, 18%-Carbon, 10%-Hydrogen, 3%-Nitrogen, 3%-Diet Coke and 1%-Oreo.
View all posts by ends and beginnings blog →
This entry was posted in Politics and tagged buffoon, Circus, deplorables, Donald Trump, Evangelicals, fake news, impeach, Neanderthals, persist, POTUSeviction, resist, Thich Nhat Hanh, Trump. Bookmark the permalink.

16 Responses to Taking a break from the circus