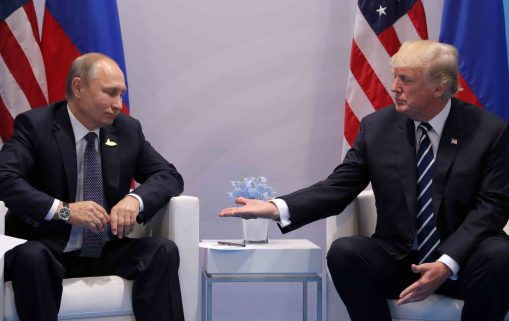 Emin just called and asked me to contact you with something very interesting.

The Crown prosecutor of Russia met with his father Aras this morning and in their meeting offered to provide the Trump campaign with some official documents and information that would incriminate Hillary and her dealings with Russia and would be very useful to your father.

This is obviously very high level and sensitive information but is part of Russia and its government’s support for Mr. Trump – helped along by Aras and Emin.

What do you think is the best way to handle this information and would you be able to speak to Emin about it directly?

I can also send this info to your father via Rhona, but it is ultra sensitive so wanted to send to you first.

Thanks Rob I appreciate that. I am on the road at the moment but perhaps I just speak to Emin first. Seems we have some time and if it’s what you say I love it especially later in the summer. Could we do a call first thing next week when I am back?

Damn, and I just was starting to believe “our” President that the “Russia talk is FAKE NEWS”. Oh well, I guess all we can do is watch the Дерьмо попадает в вентилятор (shit hit the fan).

Have you written your Senator lately? Now would be a good time to remind them about The Twenty-fifth Amendment (Amendment XXV) to the United States Constitution.

I am a frustrated writer and poet waiting to be discovered. A stand-up philosopher performing on a street corner near you. A Christian with questions but I don’t want to hear your answers. A Buddhist with a bumper sticker on my truck to prove it. A collector of quotes. A grower of lettuce. The Patron Saint of earthworms who name their children after me. A cyclist whose big ass strains the seams of his Lycra bibs. I am American by birth, Southern by the grace of God. My goal in life is to leave an imprint on the lives of the people I love not a footprint on the earth. I am a son, a husband, a father composed of 65%-Oxygen, 18%-Carbon, 10%-Hydrogen, 3%-Nitrogen, 3%-Diet Coke and 1%-Oreo.
View all posts by ends and beginnings blog →
This entry was posted in Politics and tagged collusion, Democrats, Donald Trump, Donald Trump Jr, fake news, Jared Kushner, Putin, Republicans, Russia, russiagate, russians, Trump, Vladimir Putin. Bookmark the permalink.