Posted on November 1, 2017 by ends and beginnings blog 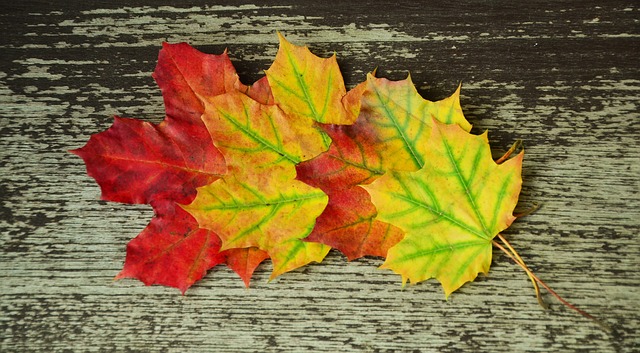 “Summer nights and long warm days, Are stolen as the old moon falls, And My mirror shows another face, Another place to hide it all” – Chris Cornell, “Seasons”

I look out my window on this first day of November and notice that the massive oaks spread out across my yard are holding on tight to their green leaves. The handful of Dogwoods that I have left though have turned a beautiful shade of blood-red with a splatter of yellow and green. The temperature tells me that Fall has arrived, the old oaks just haven’t been told yet.

As the American naturalist John Burroughs noted “How beautiful the leaves grow old. How full of light and color are their last days”. The change in seasons reminds me of how little time I have left to enjoy these marvelous dances of color. November marks the approach of the year’s end, two months of darkness, cold and celebrations. The calendar will flip in 61 days and five days later so will mine, one additional year on this earth.

As the sun dims on 2017 I wonder what I have accomplished with all the seconds, minutes and hours that I have been granted. Many nights I lay my head down on my pillow, turn the light out and have the sense that I just spent another day marking time. I wonder to myself in those fifteen hours that I was awake did I actually do any living?

Yesterday eight people were killed in New York and another 12 were injured. People that were simply out living and enjoying a crisp Fall day walking or riding their bicycles. When they woke-up Halloween morning they had no idea what was about to unfold and for some and their families how a life, their life would come to a tragic and abrupt end.

I didn’t know any of the eight people murdered in New York yesterday, or any of the 58 souls gunned down in Las Vegas on October 1st but I know who they are. I have seen their faces as we passed each other on the street. I have stood in line with them at the grocery store. I have hugged them and shook their hands. I have met them for the first time and had lunch. I have sat beside them at swim meets and at school plays. They are us, you and I and we honor their life, we pay our respects to their mothers, fathers, wives, husbands, children and friends by living ours, not wasting a single moment of what each of us have been given, another day, another moment, another Season. Namaste

“It is not length of life, but depth of life.” – Ralph Waldo Emerson

I am a frustrated writer and poet waiting to be discovered. A stand-up philosopher performing on a street corner near you. A Christian with questions but I don’t want to hear your answers. A Buddhist with a bumper sticker on my truck to prove it. A collector of quotes. A grower of lettuce. The Patron Saint of earthworms who name their children after me. A cyclist whose big ass strains the seams of his Lycra bibs. I am American by birth, Southern by the grace of God. My goal in life is to leave an imprint on the lives of the people I love not a footprint on the earth. I am a son, a husband, a father composed of 65%-Oxygen, 18%-Carbon, 10%-Hydrogen, 3%-Nitrogen, 3%-Diet Coke and 1%-Oreo.
View all posts by ends and beginnings blog →
This entry was posted in discover wp, Life, Thoughts and tagged Chris Cornell, Fall, John Burroughs, Las Vegas, leaves, Living, New York, November, Ralph Waldo Emerson, Seasons, Time. Bookmark the permalink.