Posted on November 16, 2017 by ends and beginnings blog 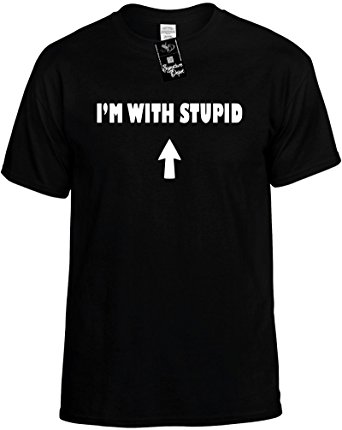 “Please don’t judge people. You don’t know what it took someone to get out of bed, look and feel as presentable as possible and face the day. You never truly know the daily struggles of others.” – Karen Salmansohn

I don’t do it often but sometimes I just get a craving, a craving for a Quarter Pounder with cheese, french fries and a sweet tea. That’s right, McDonald’s. There I said it. I know it’s not good for me. It’s not good for my waistline, my blood pressure or my cholesterol but damn it sure does feel and taste good eating it.

So anyway, today was one of those days. I was experiencing a slow workday, well honestly I have experienced a slow work year but that’s another story, and needed to go by the post office and saw the shimmering Golden Arches up ahead on my way home. Cue the cravings.

I wolfed down the Quarter Pounder with cheese and super-sized french fries, I mean if it’s going to kill me why not super-size it and headed for the door. In front of me was a big man, I mean a BIG MAN who wasn’t moving very fast and I didn’t want to pass him cause I am in no hurry to get anywhere, see slow workday above, and besides I didn’t want to appear pushy or rude.

You have to cross the drive-thru lane to get to the parking lot and Big Man was lumbering along with me in his wake when suddenly a Toyota Camry comes barreling, fast, towards us. Rather than speeding up to get out-of-the-way Big Man froze in place which caused me to freeze as well. The Toyota Camry, driven by a 70 plus year old man with, I assume, his wife in the passenger seat, braked within a foot of us both and laid on the horn. He was yelling something at us, “Have a nice day”, “Love your shoes”, maybe “Where did you get that cool vest” I am not sure. My lip-reading skills aren’t what they once were. Still blowing his horn, inching up on us and yelling something I am sure his mother and certainly his mortified wife would not approve of, Big Man finally started moving again and I did as well allowing Toyota Camry to pass us but not before he made sure we saw that he thought that we were number one.

Big Man looked at me and asked “What is wrong with people?” I told him I didn’t know but I thought I would find out and walked towards the order station to see if Toyota Camry wanted to explain what the heck he was so upset about or as my grandmother loved to say find out “who peed in his cornflakes”.  Toyota Camry apparently didn’t want to have a conversation with me or maybe his wife explained that he didn’t want to have a conversation with me and peeled out, I mean he kind of peeled out, it’s a 70-year-old driving a front wheel drive Toyota Camry.

If you know me, you would know that I wasn’t angry. I wasn’t going to yell at Toyota Camry, I am not a yeller which my kids always hated. I genuinely wanted to know what was wrong with him. What did me and Big Guy do wrong? How and why could the two of us, simply walking across the parking lot, set him off so violently?

If my wife had been with me, she wasn’t, she doesn’t know about my McDonald’s issues and I beg each of you not to tell her, she would have grabbed my arm and pulled me away. Her comment is always the same, which is an ugly indictment about the violent world we live in today, “He may have a gun” and sadly she is right. People lose their life everyday over stupid shit like this.

“What is wrong with people?” I just don’t know. Maybe Toyota Camry’s cravings for Quarter Pounder with cheese, french fries and a sweet tea are just more intense than mine. Or maybe a dear friend just passed away. Maybe he found out he had cancer or his wife was just diagnosed with Alzheimer’s. Or maybe a grandchild is battling a drug addiction, again. He knows, we don’t.

I am not in a position to judge anyone. I may not appreciate, or agree with your actions but I have probably done or said worse and my guess is, I probably will again. “What is wrong with people?” is that life, living, can be and is hard. Even people that we think are simply skating through life unfazed by heartache and hurt aren’t. No one does. The difference is, what sets us all apart is how we, individually, deal with the mess and chaos of breathing in and breathing out. Sometimes the mess seems bigger than it really is but then sometimes it really is more than we can and should handle alone.

When I got to my car I thought I would circle around the parking lot to see if I could find Toyota Camry. But then I realized that was just my pride talking. Confronting him probably wouldn’t have made him feel any better, just me. I would suspect his wife has already given him an ear full. I have that t-shirt. After 30 plus years of marriage, I have both the t-shirt and the hat. As the Dalai Lama ask of us “If you can, help others; if you cannot do that, at least do not harm them.” That’s the t-shirt we all should be wearing.

“Don’t judge people for the choices they make when you don’t know the options they had to choose from.” – Unknown

I am a frustrated writer and poet waiting to be discovered. A stand-up philosopher performing on a street corner near you. A Christian with questions but I don’t want to hear your answers. A Buddhist with a bumper sticker on my truck to prove it. A collector of quotes. A grower of lettuce. The Patron Saint of earthworms who name their children after me. A cyclist whose big ass strains the seams of his Lycra bibs. I am American by birth, Southern by the grace of God. My goal in life is to leave an imprint on the lives of the people I love not a footprint on the earth. I am a son, a husband, a father composed of 65%-Oxygen, 18%-Carbon, 10%-Hydrogen, 3%-Nitrogen, 3%-Diet Coke and 1%-Oreo.
View all posts by ends and beginnings blog →
This entry was posted in discover wp, Life, Thoughts and tagged Anger, Dalai Lama, harm, Help, Judgement, judging, Living, Love, mindfulness, Peace, Zen. Bookmark the permalink.

8 Responses to What’s wrong with people?