A Thanksgivings note to my Senators

Posted on November 22, 2017 by ends and beginnings blog 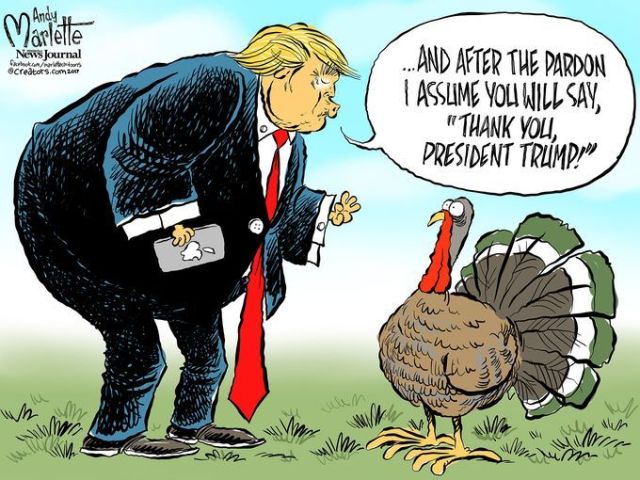 “It wasn’t the White House, it wasn’t the State Department, it wasn’t father LaVar’s so-called people on the ground in China that got his son out of a long term prison sentence – IT WAS ME. Too bad! LaVar is just a poor man’s version of Don King, but without the hair. Just think LaVar, you could have spent the next 5 to 10 years during Thanksgiving with your son in China, but no NBA contract to support you. But remember LaVar, shoplifting is NOT a little thing. It’s a really big deal, especially in China. Ungrateful fool!” – Trump tweet 11-22-17

“IT WAS ME” you “Ungrateful fool!”

Tomorrow is Thanksgivings. I hope that it will be a peaceful and joyful day for you and I hope that someday soon we can recapture the soul of America that has been missing for the last ten months, a soul of charity, of love and compassion for each other. We can’t afford to wait until January 20, 2021, we simply can’t.

I am a frustrated writer and poet waiting to be discovered. A stand-up philosopher performing on a street corner near you. A Christian with questions but I don’t want to hear your answers. A Buddhist with a bumper sticker on my truck to prove it. A collector of quotes. A grower of lettuce. The Patron Saint of earthworms who name their children after me. A cyclist whose big ass strains the seams of his Lycra bibs. I am American by birth, Southern by the grace of God. My goal in life is to leave an imprint on the lives of the people I love not a footprint on the earth. I am a son, a husband, a father composed of 65%-Oxygen, 18%-Carbon, 10%-Hydrogen, 3%-Nitrogen, 3%-Diet Coke and 1%-Oreo.
View all posts by ends and beginnings blog →
This entry was posted in Politics and tagged America, Compassion, Donald Trump, Hope, Love, POTUS, President Trump, Resistance, Senators, Thankful, Thanksgiving, Trump, Turkey. Bookmark the permalink.

10 Responses to A Thanksgivings note to my Senators