Posted on June 5, 2018 by ends and beginnings blog 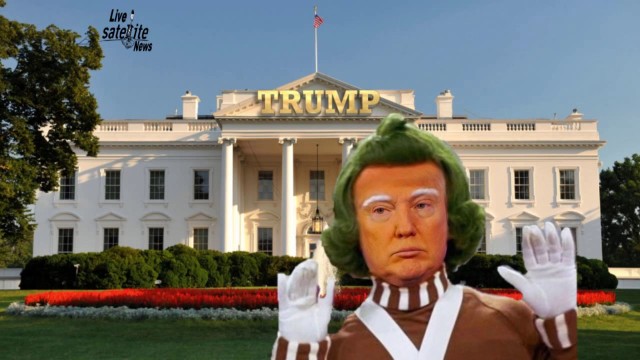 “As only one of two people left who could become President, why wouldn’t the FBI or Department of “Justice” have told me that they were secretly investigating Paul Manafort (on charges that were 10 years old and had been previously dropped) during my campaign? Should have told me! ….Paul Manafort came into the campaign very late and was with us for a short period of time (he represented Ronald Reagan, Bob Dole & many others over the years), but we should have been told that Comey and the boys were doing a number on him, and he wouldn’t have been hired!” – Trump tweet 6-3-18

When I saw this tweet Sunday from Trump I said to myself, “Self, something big must be getting ready to go down with old slimy Paul Manafort”. Well last night we learned what that something is.

Apparently, according to the Special Counsel’s Office, Mr. Manafort has been contacting witnesses and asking them to lie for him in court. Yea I know a big surprise, a Trump “associate” caught lying. One of the witnesses stated that Manafort wanted them to commit perjury about his lobbying efforts in the Ukrainian.

If you didn’t know, since this is nothing but a “witch hunt”, Manafort is in a heap of trouble. He is currently awaiting trial in both Virginia and Washington on charges related to his failure to disclose his US lobbying work for a foreign government, bank fraud and other financial crimes. He is on house arrest having posted bail in the amount of $10 million but he may be headed to the big house to wait for his court appearances, without a cell phone, if the Special Counsel’s Office has their request approved.

But back to Baby Donald’s early (6:25 am) Sunday morning tweet. Do you know what I was doing at 6:25 am this past Sunday? Sleeping, restfully sleeping, deep sleeping, sleeping without a care in the world. What was poor Donald doing? Crafting yet another tweet that would Deflect, Deny, Discount, Deceive, Discredit and Destroy.

For shits and giggles this morning I thought I would apply Donnie’s Big D defense to this tweet. Let me know if you think I missed something;

My favorite part about this tweet is “why wouldn’t the FBI or Department of “Justice” have told me”. Can’t you just see the big orange baby saying this to no one impractical “Why didn’t they tell me Paul Manafort was as corrupt and slimy as I am?” I can promise you dollars to doughnut that more than one person told Trump, like President Obama told him about Mike Flynn, that Manafort was bad news, stay away from him. But as we all know, no one is as smart as Donald J. Trump and honestly, if the truth be told, Manafort is just the kind of ass kissing, grease ball Trump likes to surround himself with.

To date, Paul Manafort’s business partner and Trump campaign associate (who worked with Trump through the inauguration not “for a short period of time”) Rick Gates has pleaded guilty. Manafort’s ex-son in-law Jeffrey Yohai has also plead guilty. Both men have agreed to cooperate FULLY with special counsel Robert Mueller’s investigation. So what is Manafort waiting on? Why hasn’t he cut a deal yet? I honestly don’t know the answer to this question. My only guess is he is waiting to see if the giant Umpa Lumpa really does have super-duper executive powers, more power than any other President has ever attempted to use and the keyword here folks is attempted.

I am a frustrated writer and poet waiting to be discovered. A stand-up philosopher performing on a street corner near you. A Christian with questions but I don’t want to hear your answers. A Buddhist with a bumper sticker on my truck to prove it. A collector of quotes. A grower of lettuce. The Patron Saint of earthworms who name their children after me. A cyclist whose big ass strains the seams of his Lycra bibs. I am American by birth, Southern by the grace of God. My goal in life is to leave an imprint on the lives of the people I love not a footprint on the earth. I am a son, a husband, a father composed of 65%-Oxygen, 18%-Carbon, 10%-Hydrogen, 3%-Nitrogen, 3%-Diet Coke and 1%-Oreo.
View all posts by ends and beginnings blog →
This entry was posted in Politics and tagged Constitution, defense, democracy, deplorables, Donald Trump, executive power, investigation, Paul Manafort, President Trump, Robert Mueller, Russia, Trump, Umpa Lumpa. Bookmark the permalink.