Posted on January 8, 2020 by ends and beginnings blog 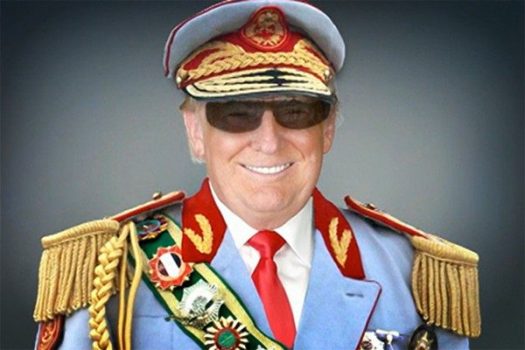 Back in my hard bicycle riding days I rode with a bunch of skinny, fast men and women. Several times a year our group would make the 16 mile trek up a 3,200 foot high mountain. It was understood that everyone would pedal-up at their own pace, regroup at the top and then come down at their own speed.

For the skinny, fast people the ride would take about 50 minutes. For me, the bigger, heavier guy in the group about 60 to 75 minutes on a good day. I was always last and the joke among the group was that I was singing the song “All by myself” as I slowly made my way to the top.

“All is well! Missiles launched from Iran at two military bases located in Iraq. Assessment of casualties & damages taking place now. So far, so good! We have the most powerful and well equipped military anywhere in the world, by far! I will be making a statement tomorrow morning.” – Trump tweet 1-7-20

It has been well documented that over the last three years Trump has done everything within his power to alienate, piss off and in some cases, just plain old ignore the advice, and counsel of the most trusted, and longtime allies of the United States. Countries that have not only had our back when we needed them most but have shed the blood of its citizen’s right alongside of ours.

Instead, Trump has been drawn to tyrants, dictators, and murders like Vladimir Putin, Kim Jong-un, Mohammad Bin Salman Al Saud, and Rodrigo Duterte, oppressors, bullies, and autocrats. These are the men Trump admires. These are the men Trump views as his contemporaries, his equals. Men who would never use the word Democracy to describe their form of governing. Men who make decisions based on what is best for them rather than the good of their country.

If you read the two Articles of Impeachment both address Trump’s perceived dictatorship over the United States, Article 1-Abuse of Power, and Article 2-Obstruction of Congress. What Trump is telling the American people, and sadly what our Republican representatives are supporting, is that the Constitution of the United States simply doesn’t apply to him. He is operating, as President, just as he operated in business, “All by myself”.

He has defied Congressional oversight, Article 2-Obstruction of Congress. He has an Acting Secretary of Defense who was a Raytheon lobbyist, a major U.S. defense contractor. No Director of National Intelligence, no Homeland Security Secretary and no Navy Secretary.

It has been reported that prior to giving the order to assassinate Qasem Soleimani Trump “consulted” with members of his Mar-a-Lago Country Club, Lindsey Graham, Vladimir Putin, Mohammad Bin Salman Al Saud and Benjamin Netanyahu. I guess Graham had the proxy for the American people.

My greatest fear having this dumb-ass in the White House is his ability to start World War 3. In the beginning of his term he had level headed men and women around him that were able to keep his finger off the button and refocus his attention back on what he loves the most, himself. Today, all the babysitters are gone and have been replaced by “Acting” figure heads who are all just one tweet away from being “Former Acting”.

But most of all Trump wants to nuke something so he can change the news cycle from impeachment to war which will earn him the admiration of his new circle of friends and potentially slam the door in the face of our most trusted allies at best. At worst, our allies suffer retribution for American ignorance. Let’s hope that doesn’t happen. That might be why our European allies are keeping a safe distance from Trump on this one.

I am a frustrated writer and poet waiting to be discovered. A stand-up philosopher performing on a street corner near you. A Christian with questions but I don’t want to hear your answers. A Buddhist with a bumper sticker on my truck to prove it. A collector of quotes. A grower of lettuce. The Patron Saint of earthworms who name their children after me. A cyclist whose big ass strains the seams of his Lycra bibs. I am American by birth, Southern by the grace of God. My goal in life is to leave an imprint on the lives of the people I love not a footprint on the earth. I am a son, a husband, a father composed of 65%-Oxygen, 18%-Carbon, 10%-Hydrogen, 3%-Nitrogen, 3%-Diet Coke and 1%-Oreo.
View all posts by ends and beginnings blog →
This entry was posted in Politics, Thoughts and tagged America, deplorables, Donald Trump, impeachment, Iran, Kim Jong-un, Lindsey Graham, Mohammad Bin Salman Al Saud, President Trump, Trump, Vladimir Putin, War. Bookmark the permalink.

4 Responses to All by Myself