Posted on February 26, 2020 by ends and beginnings blog 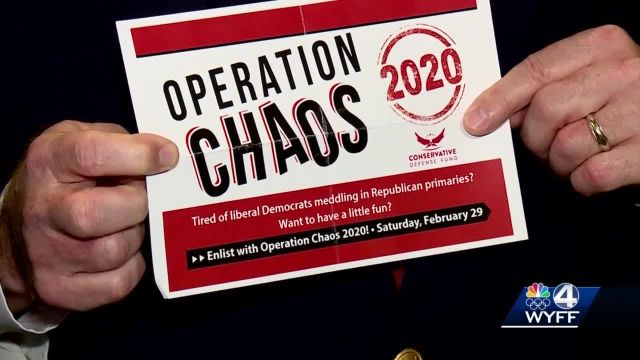 Once a month I go to a local restaurant and eat meatloaf. Now I don’t just get meatloaf I also get mashed potatoes and gravy, collard greens, fried okra, a wedge of cornbread and a sweet tea. The reason I must do this is because my wife hates meatloaf, I know we need to have her tested. I am sure you are asking yourself how I could be married to this crazy woman for 35 years. My answer is simple, we all have our shortcomings.

This is a popular eatery. It’s been around for 50 years and is now run by the son of the late owner. I have been eating there for 25 years. When my girls were little my family ate lunch there every Saturday and Mr. Bill would make them his “special” peanut butter and chocolate milkshake which included gobs of peanut butter, chocolate ice cream and just enough milk so it would slide out of the metal mixing cup. These shakes were so thick it would take my kids an hour to finish them.

Anyway, today was meatloaf day. I like to go by myself so I can enjoy my meal and catch-up on a little reading on phone. The one caveat is I try to sit near a group whose conversation might be more interesting than what I can find to read. My typical target is not the young millennials that look like bankers, stockbrokers, or insurance salesman. I also avoid the ladies who look like they just left the country club tennis courts or a yoga mat. No what I am looking for is old guys, seventy plus years old or older. Men who act like they were a big deal once upon a time. Guys who look like they regularly have lunch with each other once a week to get out of the house and away from momma.

As I got my tea, I spotted my victims, three old white guys in pressed Khakis and golf shirts and grabbed the empty table next to them. Just as I settled in I heard the magic word I was hoping for, “Trump”. Old guy number one was saying that he had voted early for Bernie Sanders as part of “Operation Chaos”.

Haven’t heard of Operation Chaos? Here is how it works. Two old white guys, Stephen Brown, former chairman of the Greenville County Republican Party and Pressley Stutts, Greenville Tea Party Chairman are urging Trump supporters to vote for Bernie Sanders in the open South Carolina Democratic Primary. Why? Because Brown surmises that “If they were to do that, we believe it would enrage the left, cause the Democratic Party to split and only help Donald Trump in his reelection.”

Now I don’t know if you have been listening to The Donald over the last three years but according to the orange wonder he doesn’t need help from anyone, or anything to be reelected not the Russians, not the Chinese, not dirt on Joe Biden, and certainly not two white, evangelical, Greenville rednecks wearing matching red ties. But this extreme effort by South Carolina Republicans certainly doesn’t sound like they are as confident that Don can win as Don says he is without a little help.

So back to the three old men at the table, old guy number one said he had voted early for Bernie Sanders as part of “Operation Chaos”. Much to my surprise, old guy number two said “You are an idiot.” At this point I am waiting for the punchline, you know, “Why are you wasting your time with these liberal commies” or “It doesn’t matter who Trump runs against. He will kick everyone’s ass.” Instead, I heard this; “I don’t know how you can still support that lying piece of shit.”

I could tell this was a conversation they have had before. I could also tell that old guy number three wanted no part of this discussion. He kept his head down and was laser focused on eating his grill cheese sandwich. Old guy number two riddled off one Trump fuck-up after another and old guy number one responded to each point with a “you can’t prove that” or “your full of shit” and my favorite “that’s CNN talking.”

At some point they caught on that I was eavesdropping, and I busied myself with the meatloaf and an article about Prince Harry on USA Today. In case you are wondering he just wants to be called Harry now. As they were gathering up their plates and passed by me, I gave old guy number one my patented eat shit look and a thumbs up to old guy number two who slapped my shoulder. Maybe The Donald really does need the help of “Operation Chaos” after all.

VOTE SOUTH CAROLINA! Remember, a blind, deaf, and dumb platypus with syphilis and a cold sore on its bill would be a better choice for President than Donald Trump.

I am a frustrated writer and poet waiting to be discovered. A stand-up philosopher performing on a street corner near you. A Christian with questions but I don’t want to hear your answers. A Buddhist with a bumper sticker on my truck to prove it. A collector of quotes. A grower of lettuce. The Patron Saint of earthworms who name their children after me. A cyclist whose big ass strains the seams of his Lycra bibs. I am American by birth, Southern by the grace of God. My goal in life is to leave an imprint on the lives of the people I love not a footprint on the earth. I am a son, a husband, a father composed of 65%-Oxygen, 18%-Carbon, 10%-Hydrogen, 3%-Nitrogen, 3%-Diet Coke and 1%-Oreo.
View all posts by ends and beginnings blog →
This entry was posted in Politics and tagged Bernie Sanders, Democratic Primary, Donald Trump, Evangelicals, freedom, GOP, Greenville, Operation Chaos, Republican Party, socialist, South Carolina, tea party, Trump. Bookmark the permalink.