Posted on March 8, 2018 by ends and beginnings blog 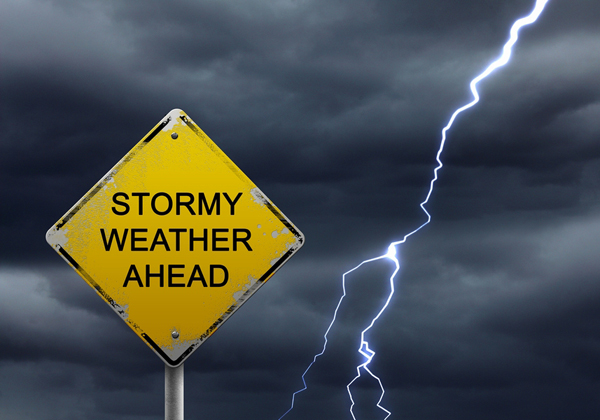 Between the trade wars, empty offices, Republican backlash and Robert Mueller the upheaval occurring in the Trump White House is in a word Stormy. What important topics were on Sean Hannity’s mind last night? Predictably, Hillary Clinton, James Comey, illegal immigration and the WALL, and a new twist, some “prominent Democrats” and their ties to Louis Farrakhan. Louis Farrakhan, now there is a blast from the past. Do you think that maybe Hannity is starting to run out of topics to stir the pot?

Rachel Maddow wasn’t on last night so I flipped the channels between Hannity and a rerun of What Not to Wear. Don’t judge me I am the father of daughters. As hard as it was to look at and listen to the Fox blowhard instead of Stacy London I figured something out last night, I had an epiphany and it is backed-up by data.

The February ratings came out last week and the number one cable news program was Fox’s Sean Hannity, number two was Fox’s Tucker Carlson and number three was MSNBC Rachel Maddow. Now before you start jumping off the cliff thinking that Fox News is taking over the world keep in mind the audience numbers aren’t huge. Hannity’s average audience is just 3.3 million total viewers, less than 1% of the total U.S. population. So don’t worry, 3.3 million Deplorables aren’t going to get Trump reelected or save his sorry ass from the Robert Mueller investigation.

The big story right now, without a doubt, is the Stormy Daniels, Donald Trump torrid tale. Trump has insisted, INSISTED, that he has never had a relationship of any kind with the Porn Star. We haven’t actually heard Trump say this, Trumps denials have all come from White House spokespeople. But here is the fun part, why would Trumps lawyers have secured a restraining order against Ms. Stormy who is fighting in court to tell her side of the story about their alleged affair? Maybe it’s just me, but if you “vehemently” deny the allegations, if you deny the affair ever happened, why would you need a restraining order? Is it a matter of national security? Will the free world be in jeopardy if we learn that Trump wears whitey tighties instead of boxers?

So back to my epiphany, why are Sean Hannity’s ratings higher than Rachel Maddow’s? Because we don’t need Rachel to confirm what we already know about Trump, and the Deporables need Hannity to talk them off the cliff. Everyday they have to justify to themselves and the world why they voted for the orange wonder and every night Hannity gives them the ammunition to go out and face the world. The rest of us can watch reruns of What Not to Wear. We are secure in the knowledge that the collective “we” have elected a buffoon and we don’t need Rachel to tell us so.

Maybe I missed it, but Hannity didn’t talk about Stormy Daniels last night. Why? Not because it isn’t a big story, it really is “Yuge” story, but because the Deplorables and the Evangelicals don’t want to be reminded that they have elected a cheating, lying, immoral piece of shit. Why would they?

White House press secretary Sarah Sanders unwittingly confirmed yesterday that the nondisclosure agreement exists and that it directly involves Trump when she told reporters that a restraining order against Ms. Stormy was won “in the President’s favor.” Watch the clip, and look at the faces of the reporters. Huh? What? Wait a minute? It is priceless. Sanders knew immediately that she had said the wrong thing, stepped on her, well, never-mind. When your job is to cover-up lies and corruption at some point it catches up to you.

3.3 million total viewers? Not worried about them. Sean Hannity? Not scared of him. Hannity’s ship is sinking and he knows it. At this point, like the Trumps, he is trying to cash all the checks he can get his hands on. “Don’t know why, there’s no sun up in the sky, Stormy weather”.

I am a frustrated writer and poet waiting to be discovered. A stand-up philosopher performing on a street corner near you. A Christian with questions but I don’t want to hear your answers. A Buddhist with a bumper sticker on my truck to prove it. A collector of quotes. A grower of lettuce. The Patron Saint of earthworms who name their children after me. A cyclist whose big ass strains the seams of his Lycra bibs. I am American by birth, Southern by the grace of God. My goal in life is to leave an imprint on the lives of the people I love not a footprint on the earth. I am a son, a husband, a father composed of 65%-Oxygen, 18%-Carbon, 10%-Hydrogen, 3%-Nitrogen, 3%-Diet Coke and 1%-Oreo.
View all posts by ends and beginnings blog →
This entry was posted in Politics and tagged deplorables, Donald Trump, Evangelical Christians, Evangelicals, Fox News, Make America Stormy Again, President Trump, Rachel Maddow, Sarah Sanders, Sean Hannity, Stormy Daniels, Stormy weather, Trump. Bookmark the permalink.